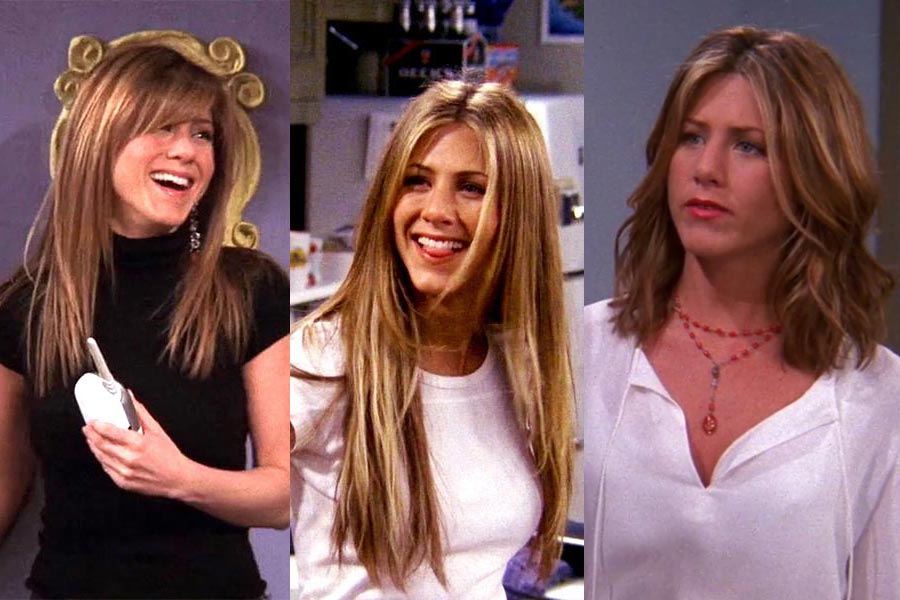 The world is never not fangirling over Jennifer Aniston, who looks no different at the age of 52 than she did when she first starred in the Golden Globe-winning sitcom Friends aged 24. Well known for playing the independent fashion princess Rachel Green she has had several iconic hairstyles throughout the 10 series and 236 episodes! “Yes, I Was Four-Years-Old And I Was On The Swing And Then All Of A Sudden My Hair Got Tangled In The Chain…”

Back in the early 90s, people would ask for the ‘Rachel’ cut in hairdressers across the world to get the Rachel look, but Vera Clinic wanted to find out her most popular hairstyle of all time. They conducted a survey asking 1,342 people which of Rachel’s 5 iconic hairstyles was their favourite.

The results are revealed below:

Number 5 is Rachel in season 10 where she discovered bangs! Was having bangs cut in her way of proving she was still cool and fun after having a baby? 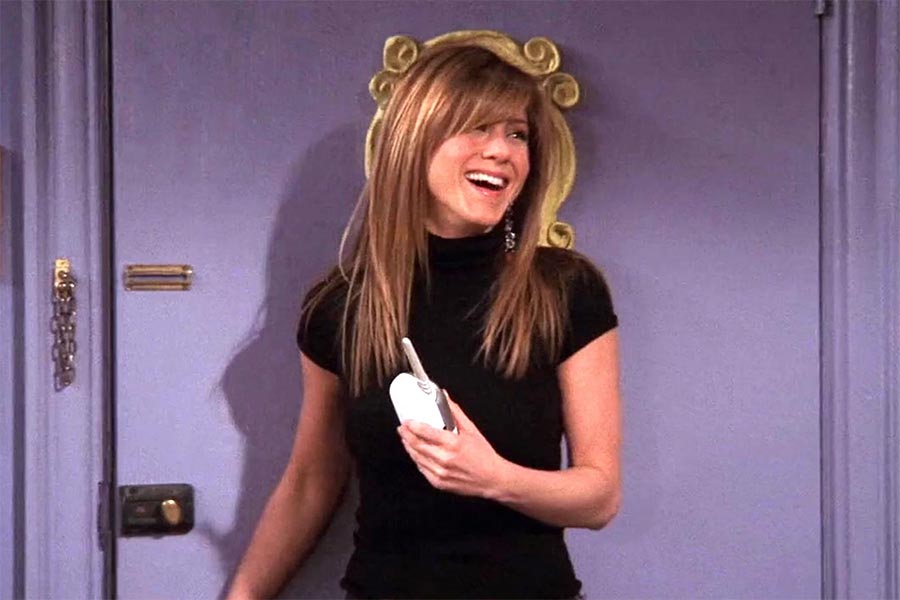 “We were on a break!” But were they? In season 3 we see Ross cheat on Rachel but this doesn’t stop Rachel from styling her hair with a longer layered bob – this is the iconic hairstyle the world went crazy for requesting this cut in hairdressers across the globe. 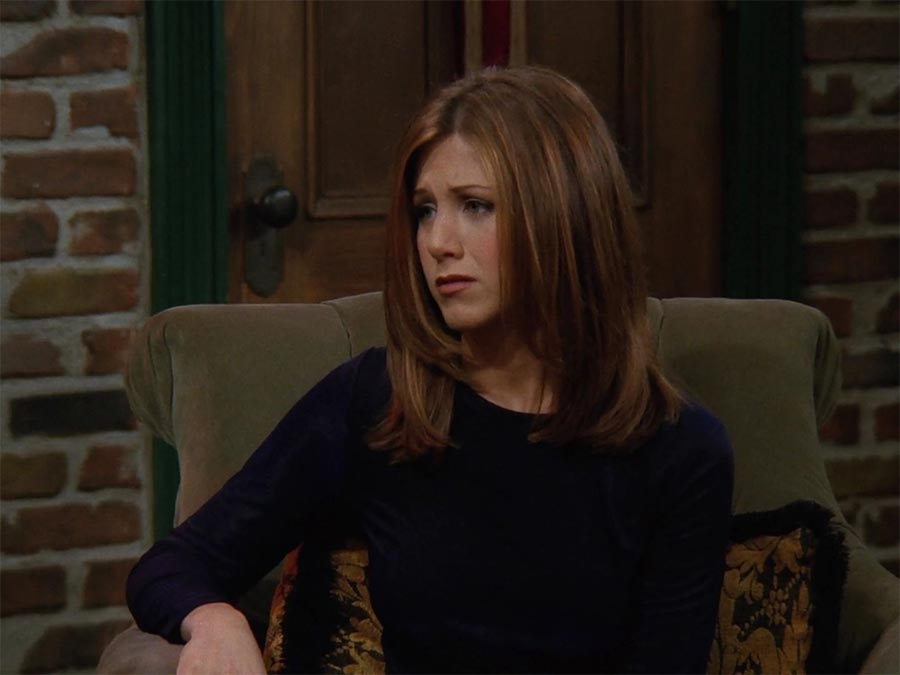 Coming in at a strong third is season 6 where we finally see Rachel with long locks! Throughout the show, Rachel sports the shorter styles so it’s nice to see the change with the long! Was it the long hair that attracted Elizabeth’s dad, Paul to Rachel? 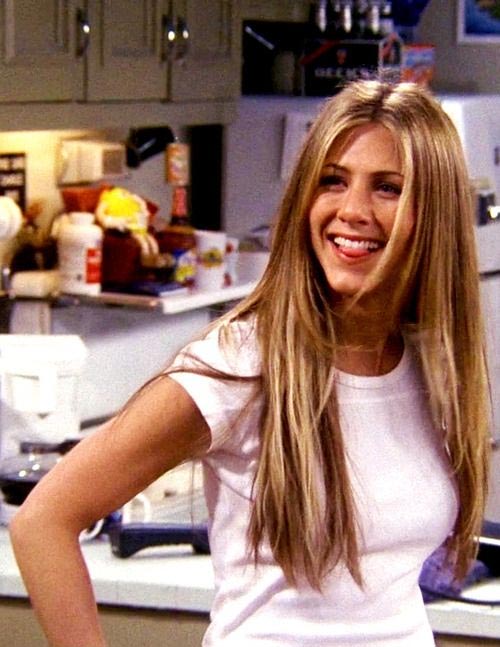 2. Half up half down

Season 1 Rachel arrives in the city after running out of her fiancé at the altar, she’s always been daddy’s little girl and this is the first time she needs to provide for herself; “”I’m Gonna Go Get One Of Those Job Things.” Unable to afford a blow-dry at the salon, this is the first time she has had to do her own hair. She results in the iconic half up and half down look which many of us still rock to this day.

Coming in at number one is Rachel’s hair in season 8 where she drops the hair straighteners and curling irons (we know how dangerous those curling irons can be!) and let her natural beach waves flow. Who doesn’t love the natural look?! 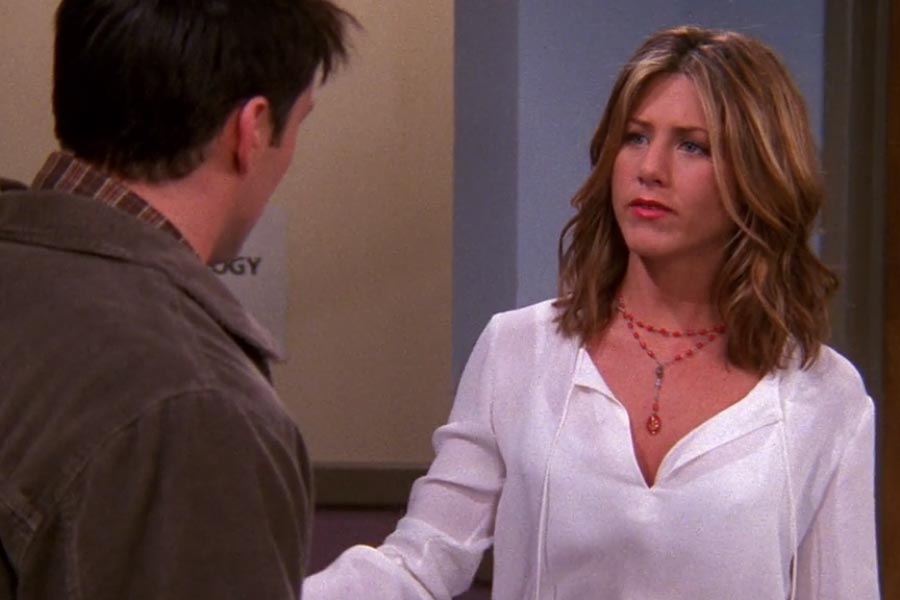